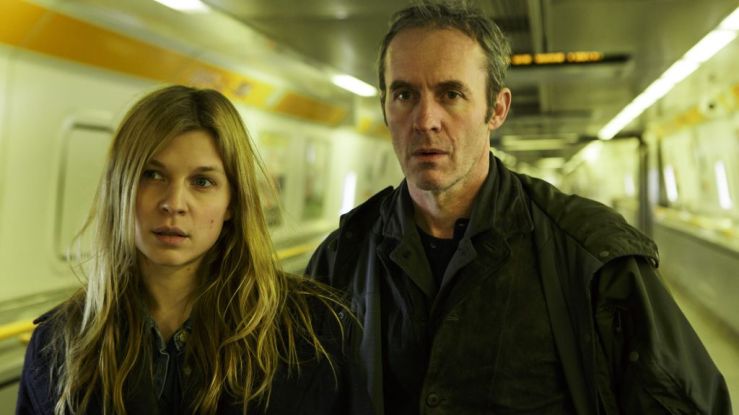 Last night I finished watching the final season of a British/French crime thriller called The Tunnel. I recommend it, but with some reservations.

There are three seasons of The Tunnel, all of which aired on PBS and are available on the PBS streaming app (possibly only if you are a member of your local PBS station and have their Passport feature), as well as other streaming vendors. The first season was a remake of a 2011 Danish-Swedish crime series called The Bridge. The second season, The Tunnel: Sabotage, and the third, The Tunnel: Vengeance, are original stories.

The primary reason to watch the series is for some superior acting from the two leads: English actor Stephen Dillane as Detective Chief Inspector Karl Roebuck, based in Folkestone, and Clémence Poésy as Captain (later Commander) Elise Wassermann, based in Calais. Dillane is the relaxed, wisecracking, seasoned detective to Poésy’s serious, single-minded, less-experienced crime fighter. Elise also exhibits traits that indicate she might have Asperger’s syndrome — she’s highly intelligent with a great eye for detail, but she’s hopeless at interpreting social cues and dealing with other people’s emotions.

The two are thrown together in the first season when someone places the upper half of a French politician and the lower half of a British prostitute in the Channel Tunnel at the halfway point between the UK and France. The tale is off and running from there, with our two protagonists and their teams collaborating willingly at times and clashing at others. The show is bilingual, which gives me a chance to try and use my high-school and college French, and I love seeing a glimpse of how people in those areas of England and France live. The British and the French detectives needle each other, each taking turns getting in their digs at the other country’s culture, and the third season, filmed after the Brexit vote, works in some gibes from both sides about the UK leaving the EU.

International issues and politics permeate the storylines, which involve elaborate, even baroque crimes devised by villains who have plenty of time and resources on their hands. The series is quite gritty, and there are downright heartbreaking events that occur in each season — that’s my reservation about recommending it. But if you enjoy seeing two well-matched actors play characters whose sparring relationship grows into a deep friendship, look no further. I was especially taken with Dillane, who was a new face to me, even though he has a long history on British stage and screen (and evidently plays a role on Game of Thrones, which I’ve never seen). He’s been called an “actor’s actor,” and that’s exactly right — he’s completely comfortable in his own skin, and reveals Karl’s inner workings with the subtlest expressions.

If you watch it, come back and let me know what you thought!

Elise Wassermann: I can’t eat anything sweet until I get my tooth fixed.

Karl Roebuck: What’s wrong with your tooth? Did you bite somebody? 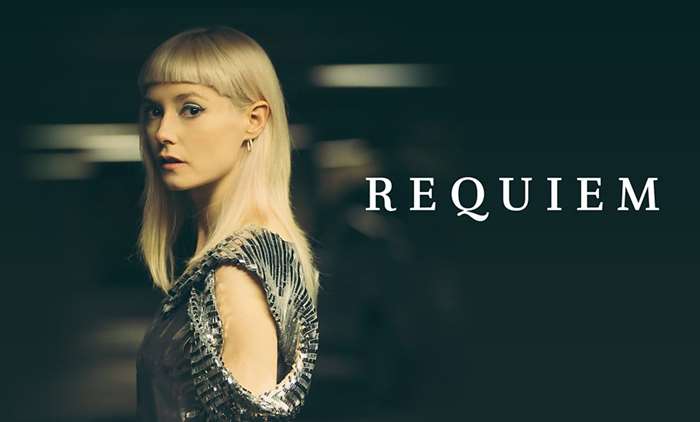 I’m still on a British and European kick with my Netflix viewing, and one of my recent favorites is a British series called Requiem. It combines elements of both a ghost story and a thriller, and while it can be a bit over-the-top and implausible here and there, I found it quite compelling overall.

It stars Lydia Wilson as Matilda Grey, a professional cellist whose life is upended when her mother commits suicide right in front of her. Photos and newspaper clippings Matilda finds among her mother’s possessions spark questions about Matilda’s past and her true identity. The series is set in Wales — lovely and atmospheric — and has a haunting score that features an organ, of all things. Should sound cheesy, but it really works.

The series is not overly gory, and if you enjoy supernatural chills, it’s got plenty. It even incorporates some actual history in the form of references to an Englishman named John Dee, who was a mathematician, alchemist, astrologer, dabbler in the occult, and an adviser to Queen Elizabeth I. My only real problem with the series was Lydia Wilson’s hair — she’s wearing either a bad blonde wig or a bad blonde haircut with bangs that are just too short. I hope for her sake that it was a wig.

It’s been a few months since Kenneth Branagh’s version of Murder on the Orient Express (based on the novel by Agatha Christie) was released, but I hadn’t started this blog yet, so I wasn’t able to fulminate in written form about the many things that film got wrong, and advocate for seeing the original instead, except to a few lucky friends and colleagues. So now’s my chance! Grab a cup of tea and settle in.

My mother and sisters took me to see the original Murder on the Orient Express (1974) at the venerable Century Theatres in South Salt Lake — not the new cinema, but the old ones, the goofy space-age-inspired dome theaters. (I love that the photo below has It’s a Mad, Mad, Mad, Mad World on the marquee. I remember being taken to see that wacky little gem as a kid as well, although since it came out in 1963 — before I was born — it must have been in re-release.) 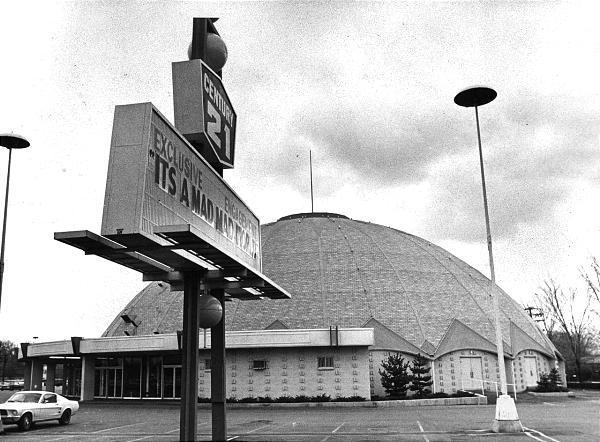 The original Murder was directed by the masterful Sidney Lumet, and it featured what the DVD case’s tagline accurately calls “the Who’s Who in the Whodunnit”: Lauren Bacall, Ingrid Bergman, Sean Connery, John Gielgud, Anthony Perkins, Vanessa Redgrave, Michael York, and more. In the role of Hercule Poirot is the surprising choice of Albert Finney: surprising because he was a slim chap in his 30s and had to be padded and made up to look like the older, more rotund Poirot. It’s an amazing transformation, and a mesmerizing performance. He is still the definitive Poirot in my book (closely followed by the excellent David Suchet on PBS).

Which brings us to Kenneth Branagh. I often like his work, both as an actor and a director, and he wears both hats for his 2017 version of Murder. I’m still not sure what he was thinking with this portrayal of Christie’s famous Belgian detective. He looks nothing like Poirot: he is slim where he should be portly, silver-haired where he should be dark, and sports a gigantic mustache that seems to be unprecedented in the annals of male grooming. He does nail the accent, of course, as any actor trained in the rigorous English tradition would. But he can’t help but suffer in comparison to Finney. Finney’s Poirot is self-confident without being a show-off, fastidious without being effete. Branagh’s Poirot is smart, but also pretentious, sentimental, and much too athletic. (Poirot in a foot chase with a suspect? Seriously?)

The tone of Branagh’s film is needlessly dark and self-important. The original film is delightfully light and even funny, with the exception of the opening sequence, an eerie montage laying out the kidnapping case that forms the crux of the story. I found the sequence frightening as a child, and I realized later that was in large part because of the effectively chilling music. The score for the entire film is wonderful, and the composer, Richard Rodney Bennett, was rightfully nominated for an Academy Award. (The movie was nominated for six Oscars; one was won, by Ingrid Bergman for Best Actress in a Supporting Role. I feel it would have won more if it hadn’t been up against things like The Godfather Part II and Chinatown.)

A digression: here’s one of my favorite examples of how fundamental music and editing are to filmmaking. It’s a happy version of the trailer for The Shining.

Anyway, there you have it. I admit to having a sentimental attachment to this version of Murder on the Orient Express; it was a favorite of my parents, and I have fond memories of watching it with them on our huge, clunky Betamax video machine (my dad was always an early adopter when it came to technology). Please seek it out and watch it if you like mysteries.

Foscarelli: Hey, what are you reading, Mister Beddoes?

Beddoes: I am reading “Love’s Captive,” by Mrs. Arabella Richardson.

Foscarelli: Is it about sex?

— Murder on the Orient Express